Arden Hills, MN – Syagrus Systems has enjoyed exponential growth in its wafer bonding and thinning services in 2011 and is preparing for another growth year in 2012 as more and more companies are requiring thinner and thinner substrates. In 2009, Syagrus Systems entered into an agreement with 3M Corporation to provide silicon wafer thinning services utilizing 3M™ Wafer Support System technology. This system continues to become the preferred industry solution for temporary wafer bonding and is ideal for thinning bumped wafers. 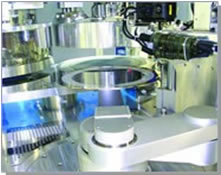 The wafer support system replaces traditional backgrind tapes with a glass/adhesive sandwich that provides increased support during the crucial grinding step. As a result, manufacturers can create a much thinner wafer, with thicknesses down to 25 microns possible. Even thinner wafers can be created by utilizing processes such CMP polishing in conjunction with the 3M system. Because the glass and adhesive construct can withstand high temperatures, it also allows the manufacturer to perform additional backside processing steps, if necessary.

The system works by coating a glass support carrier with a sacrificial light-to-heat decomposable layer and a top layer of 3M™ Liquid UV-Curable Adhesive. The cured adhesive fully supports the wafer edge and die topography, including bumps, and holds much better than a simple tape. When the backside operations are complete, the sacrificial light-to-heat decomposable layer is bombarded with a laser, allowing the glass support to be separated from the wafer. The remaining adhesive layer is removed using a specialty tape, and the wafer is ready for additional processing (see process flow below). 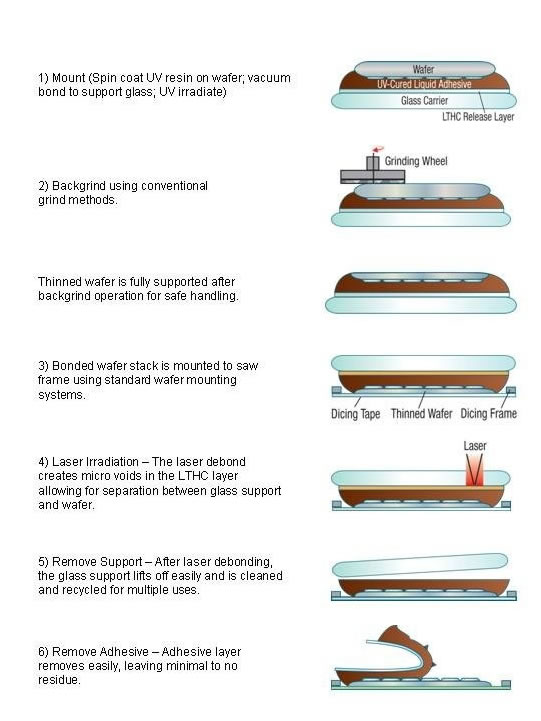